Please visit my Flickr stream for photos of shows and performances. 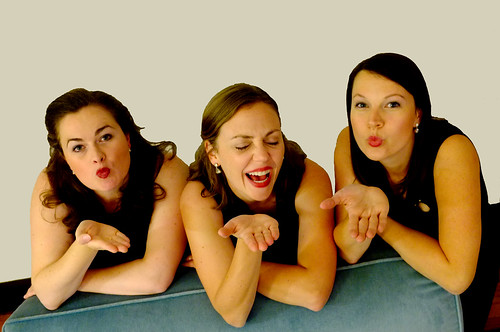 “Miss LaBarge shows her distinctive vocal gifts in “The Boy Next Door” from the 1944 film, “Meet Me in St. Louis”; with an intense, focused vibrato she makes this song so poignant it could break your heart… With “Oh, Johnny” from 1917 Miss LaBarge makes a rollicking song quite sexy—her tight vibrato evoking not only that decade, but also just a touch of Edith Piaf.” (Steve Callahan, KDHX) 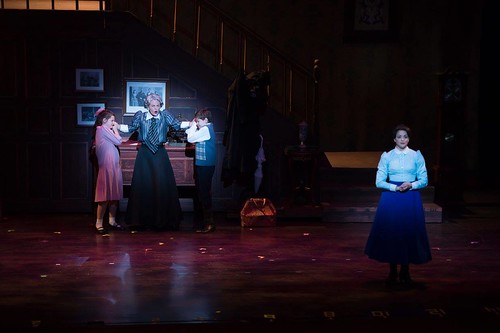 “Soprano Elise LaBarge stole the show in the cabaret…There she was in her element, moving like a dream and showing how well she can sell a song such as ‘I Feel Pretty.'” (Sarah Bryan Miller, St. Louis Post-Dispatch)

“But I must say that, from among all this bright talent, Elise LaBarge ran away with my ears—and my heart.   (And were I a bull I’m sure she’d have got my tail too, so complete was her triumph over me.)  Her splendid pure soprano is bell-clear, her diction makes every syllable as precise as a well-cut diamond.  Her voice is trained in opera, yet it is  nonetheless perfectly at home in this Broadway genre.  Moreover she has a dancer’s crisp movement and she projects that irresistible personality to the back row.” (Steve Callahan, KDHX) “Elise LaBarge, whom I have seen do wonderful comic work, surprised me with her withdrawn and pained Laura…she huddles in her own glow…before her collection of little glass animals, taking refuge in her own world. She comes alive as she shows her glass to the gentleman caller. And she glows and then shatters as he raises her up and gently lets her down.” (Bob Wilcox, KDHX)

“When Jim (Jordan Reinwald) looks at a glass unicorn and muses that the creatures are “extinct,” Laura (Elise LaBarge) replies, “I know!” with such joyous enthusiasm that you can almost see a shroud-like cocoon falling from her shoulders.” (Dennis Brown, Riverfront Times)

The Wizard of Oz “Elise LaBarge played Miss Gultch and the Wicked Witch. It was a little surprising because these are non-singing roles and LaBarge has such a gorgeous singing voice…it turns out she has a real flare for comedy too, and she gave a delightful performance.” (Bob Wilcox, Two on the Aisle, KDHX)

Last of the Red Hot Mamas “Her tiny body and lyric soprano make a fine contrast to the robust, chesty voiced Tucker. She’s outstanding in her two big numbers, “Shine on Harvest Moon” with Jack Norworth…and especially “Has Anybody Here Seen Kelly,” one of the highlights of the show.” (Andrea Braun, The Vital Voice)

“Elise LaBarge is great as a series of lady reporters, keeping us up on Sophie’s antics—and also fun as a deeply jealous competitor on the Follies stage.”
(Richard Green, Talkin’ Broadway)

“Elise LaBarge, a lively soprano, shows off splendidly as Nora Bayes, a rival singer, and as Lillian Russell.” (Joe Pollack) “She leads us through Weill’s years in Berlin, then to Paris, and eventually to New York, giving us delicious samples of his work with various collaborators along the way.   She sings in English as well as in utterly confident German and French;  her accents and diction are simply beyond perfect…Hers is a finely trained voice.  She’s done a great deal of opera, but she has none of that fish-out-of-water feeling that opera singers sometimes exhibit when attempting popular songs.”
(Steve Callahan, KDHX)

“Soprano Elise LaBarge, showing more of a feel for the world of cabaret than singers twice her age, offered her first program… Young and attractive, with a smile that went from perky to sexy and back again without apparent effort, LaBarge sang, and chatted, and sang some more, charming a sellout crowd in the Kranzberg Arts Center.” (Joe Pollack)